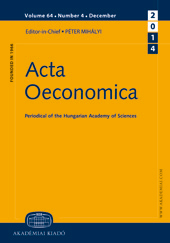 According to the consensus view, it was primarily physical capital accumulation that drove economic growth during the early years of state socialism. Growth models incorporating both human and physical capital accumulation led to the conclusion that a high physical/human capital ratio can cause a lower economic growth in the long run, hence offering an explanation for the failure of socialist economies. In this paper, we show theoretically and empirically that according to the logic of the socialist planner, it was optimal to achieve a higher physical to human capital ratio in socialist countries than in the West. Using a VAR analysis, we find empirical confirmation that within the Material Product System of national accounting, the relative dominance of investment in physical capital accumulation relative to human capital was indeed more efficient than under the system of national accounts.